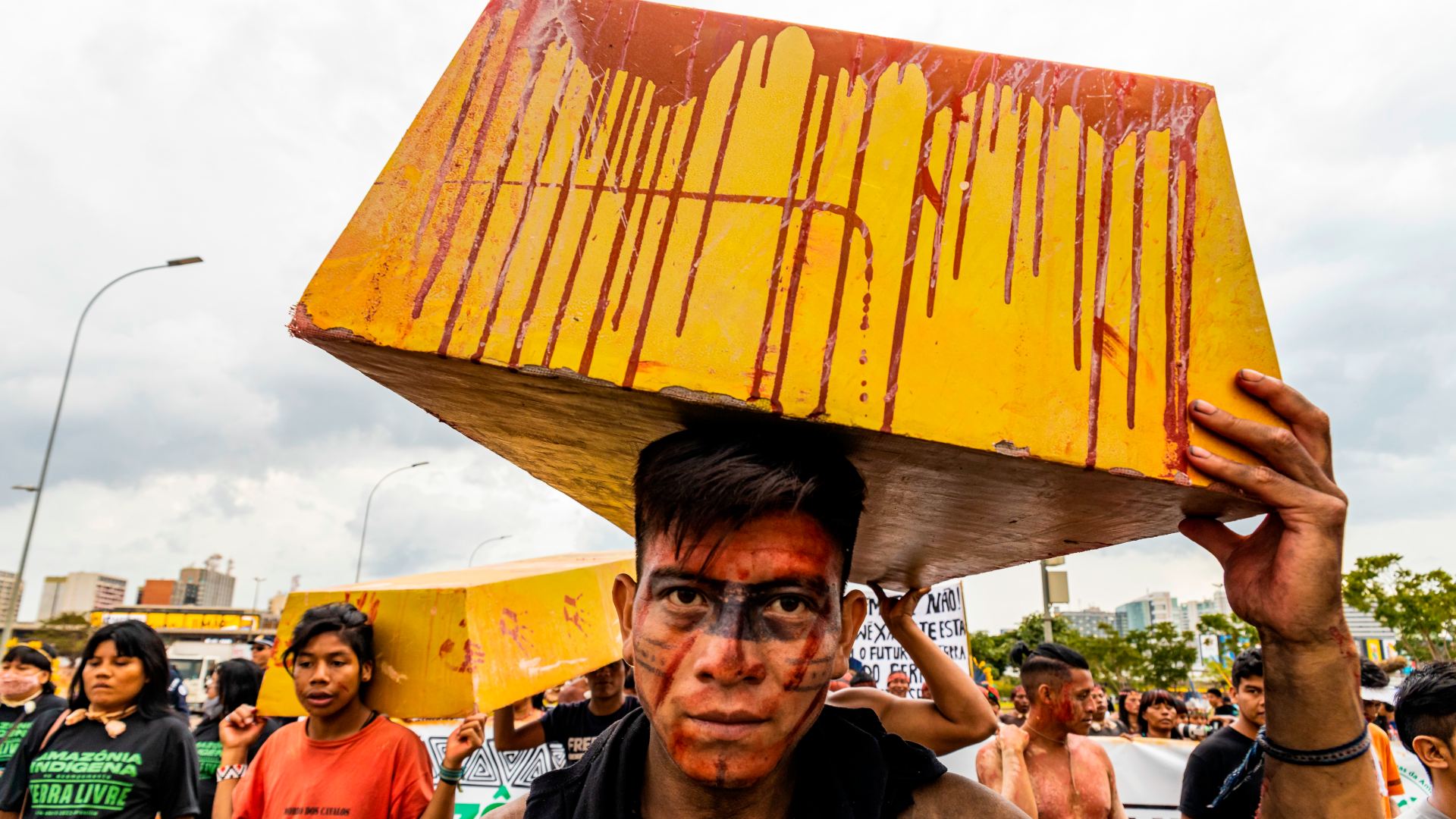 How the world’s most high-valued companies in technology, electronics, and electric cars may be buying gold extracted illegally from indigenous territories in the Brazilian Amazon 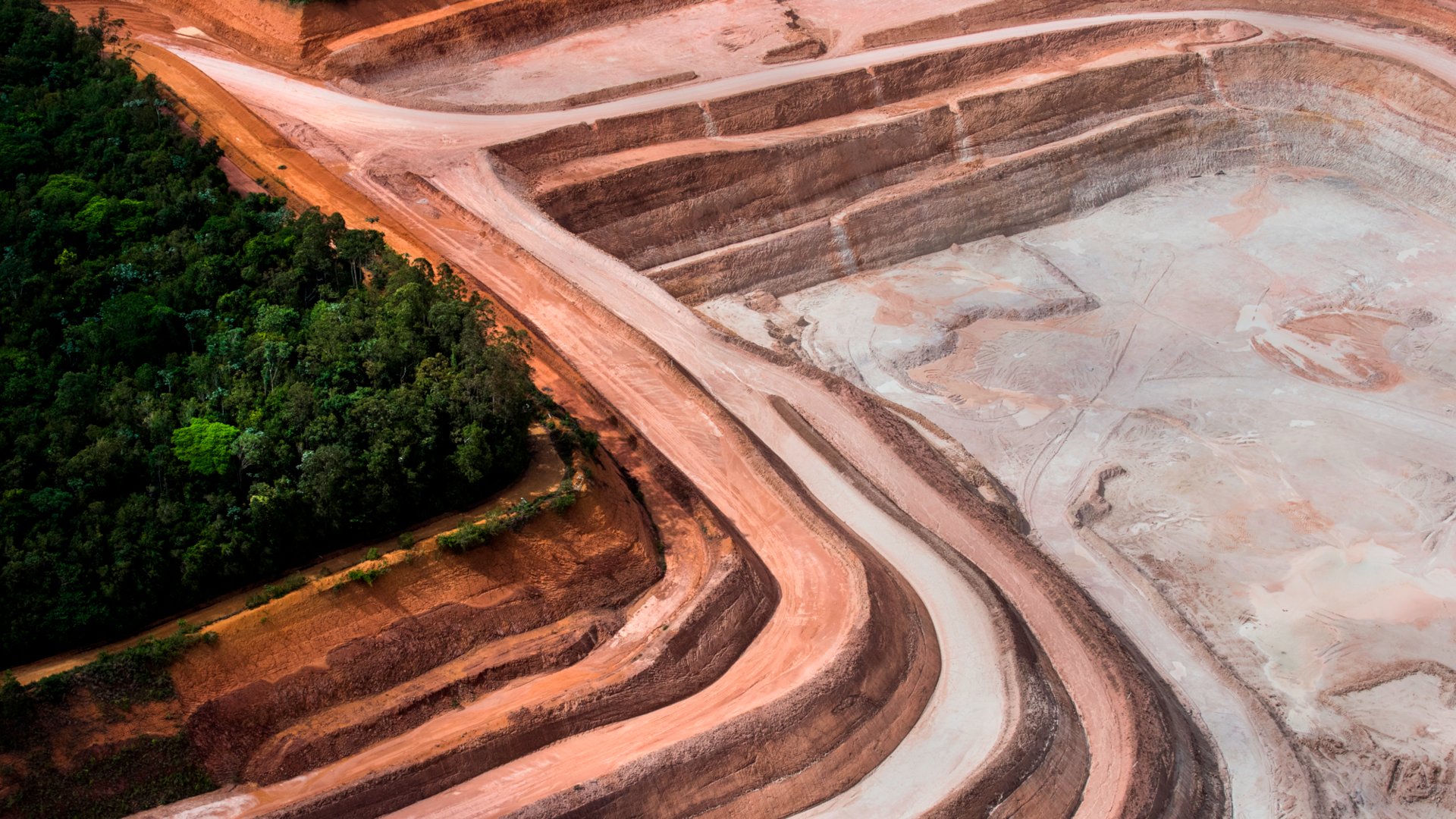 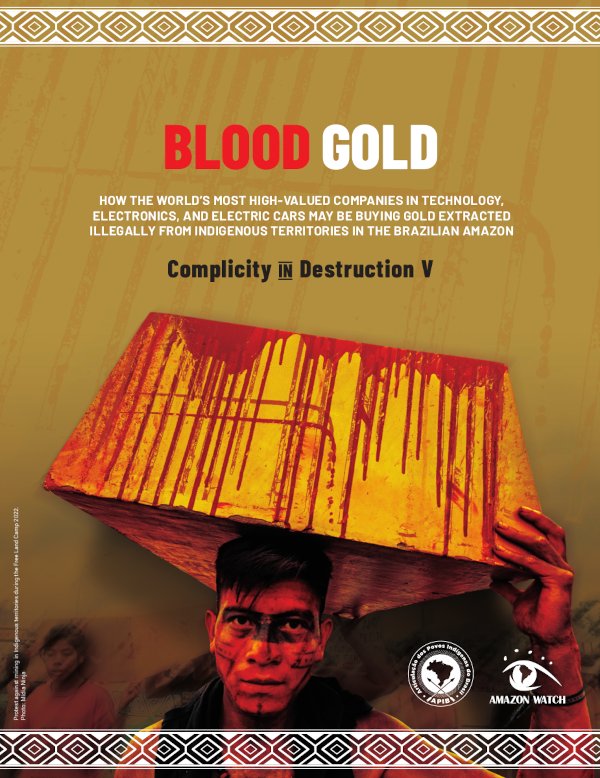 How the world’s most high-valued companies in technology, electronics, and electric cars may be buying gold extracted illegally from indigenous territories in the Brazilian Amazon

Gold is used in electrical connections and circuit boards for a multitude of electronic products, including cell phones, laptop and desktop computers, the servers of tech giants, and in electric cars. The biggest companies from this sector, such as Apple, Tesla, Samsung, Microsoft, Intel, Sony, Volkswagen, Ford, and General Motors, are supplied by two refineries under investigation by Brazilian authorities for buying illegal gold mined in Indigenous territories.

Research has shown that upwards of 47% of Brazil’s gold exports could be of illegal origin. Meanwhile, a handful of gold refineries in countries that import the majority of Brazil’s gold also supply the leading consumer-facing brands listed above, implying that their supply chains could be further tainted by this illegal mineral.

The impacts on the Amazon’s highly preserved Indigenous territories – particularly those of the Yanomami, Munduruku and Kayapó peoples – is immeasurable, as wildcat miners scour streams and riverbeds, causing deforestation and polluting critical freshwater resources with sediments and toxic mercury. These activities have driven a spike in deadly illnesses such as malaria and mercury poisoning, and social conflicts such as violence, drug trafficking, the sexual predation of Indigenous women and girls, and murder. As a result of this crisis, Indigenous communities are suffering a multifaceted emergency, as their health, safety, territories, and cultural integrity are under assault. 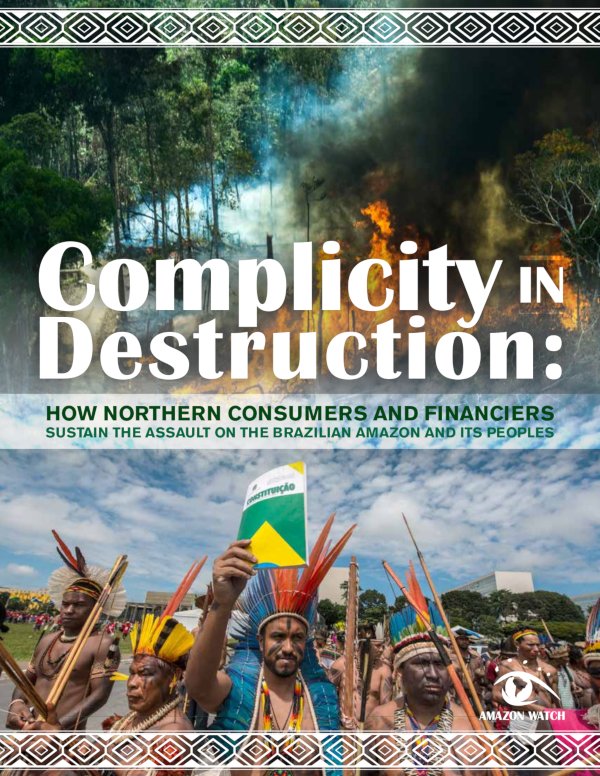 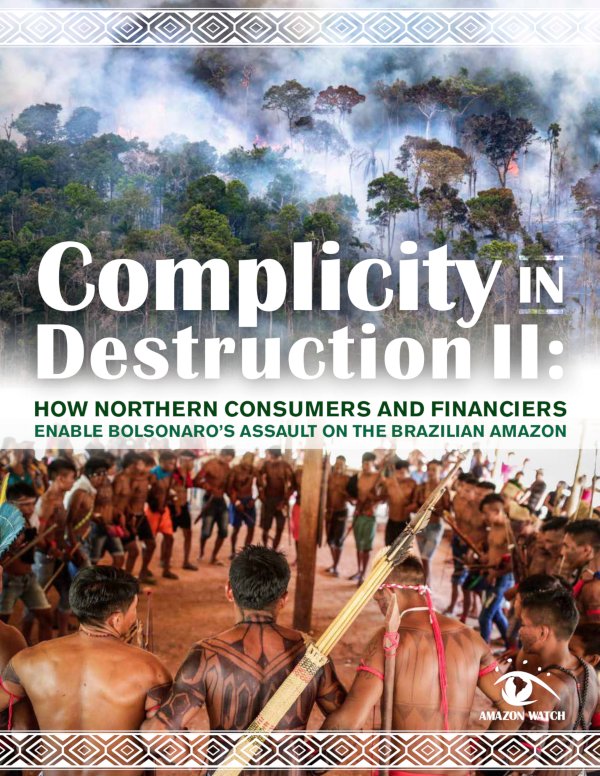 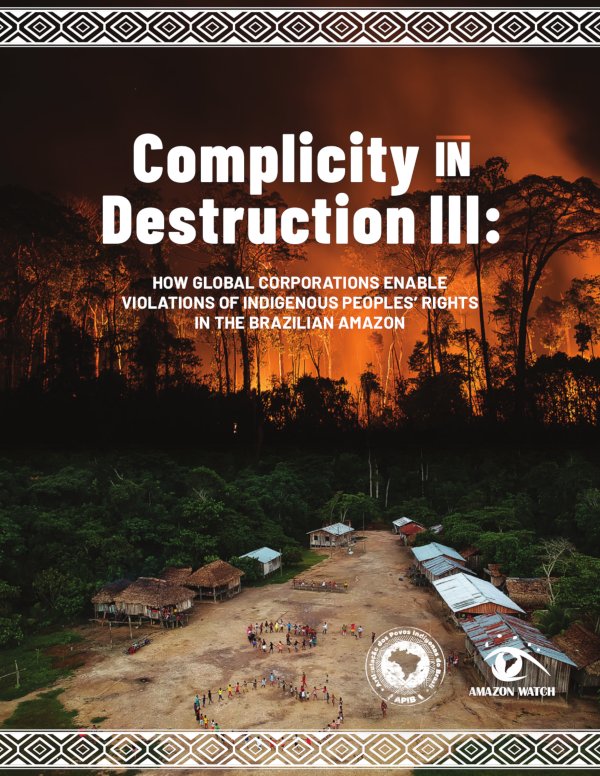 Indigenous peoples play an essential role in preserving the Amazon rainforest and other critical ecosystems for climate balance. This crucial role is often threatened by the actions of large companies, whose activities can have enormous impacts on the environment and on the lives of traditional peoples. These companies are favored by governments, but also by large international financiers, which, instead of defending the Amazon and the communities that protect it, are, in most cases, complicit in its destruction.

To break the cycle of complicity and hold the corporate and financial actors behind this devastation accountable, in 2018 the US-based non-governmental organization Amazon Watch created the Complicity in Destruction (CID) project. The first report, released in the same year, was accompanied by communication campaigns and advocacy actions aimed especially at the international public, in the countries where most of these corporations are headquartered.

As of 2019, the project was expanded through a partnership with the Association of Brazil’s Indigenous Peoples, which embraced the initiative and is currently co-author of the series of Complicity in Destruction reports, and leader in communication and advocacy campaigns targeting international companies and financiers, alongside Amazon Watch.

The reports gathered on this platform disclose data that demonstrate the financial links between international corporations and companies in various sectors, such as agribusiness, extractive industries and large infrastructure projects, which are contributing to the destruction of the Amazon and the violation of human rights.

Produced in Association with